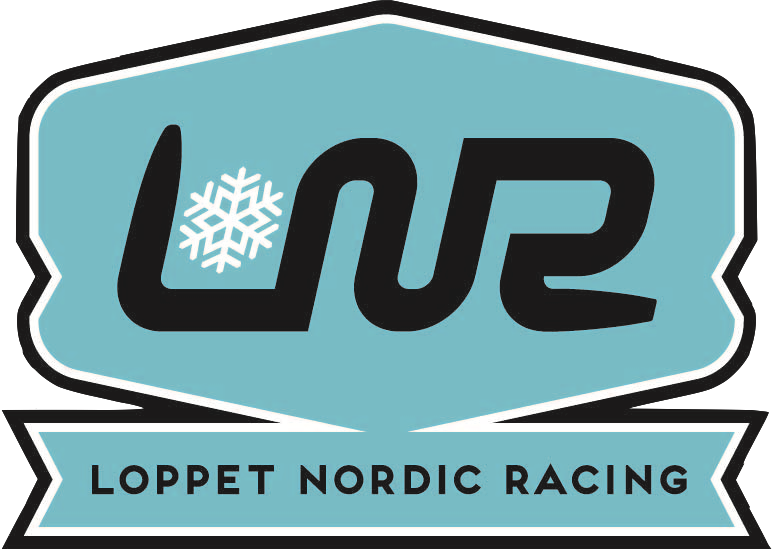 The goal of the LNR Competition (Comp) Team is to prepare athletes ages 16-19 to compete at a national and international level. Training is based on a year round model, starting in the beginning of April. Comp Team athletes have decided that skiing is their primary sport and are committed to attending training 4-6 times a week, keeping a training log, attending camps, and competing at the regional CXC Junior Cup races. There is room for Comp Team athletes to participate in another sport or program but that sport should complement the year round skiing training and racing model.

Note that all registration for Competition Team sessions require prior approval by LNR coaching staff. We need to make sure that each level has an appropriate background for the amount and difficulty of the training. All interested athletes need to check their eligibility with Comp Team Head Coach Chris Harvey, harvey@loppet.org.

Athletes may choose to enroll by season or year-round.

Proceeds from the Loppet Nordic Racing Programs benefit the Loppet Foundation. Learn more about the Foundation's mission, vision, and values.

The annual year round cost of the LNR Competition Team is $5,200. Although the fees are substantial, they include four out of town training camps, spring, summer, fall and winter training sessions, as well as training plans, lactate testing, and race support. The team fee can be paid in full or paid in installments of $1,300.

Proceeds from the Loppet Nordic Racing Programs benefit the Loppet Foundation. Learn more about the Foundation's mission, vision, and values.

First week in December – mid March. Theodore Wirth Park is the primary meeting place. Some training will take place at other venues depending on snow conditions and goals of the workout.

LNR will work with high school programs to provide training plans for athletes who are training and racing at a regional and national level. Note that LNR training will make special accommodation for athletes in schools that don’t get out until 4pm.

Late June though mid-August (8 weeks). Comp Team will have a light training schedule the week of July 4th, and team members not going on the Colorado camp will practice with Devo team at the end of July.

Please do not register for Comp Team summer training camps without prior approval of LNR coaching staff. Note that Comp Team Athletes may choose to attend a Development Team Camp.

**Note for Colorado camp: Athletes need to be signed up for one additional LNR Training Camp and LNR Comp Team or College Team in order to participate**

Why would you want to sign up for year-round training with Loppet Nordic Racing? Well, it all comes back to goals. If your goals are to compete at the highest level in cross country skiing, then this is how you do it: a year-round training plan that is not segmented by track and XC running seasons. Strength becomes a big focus in the spring and early summer, while high volume becomes a big focus in the summer with some big hours during summer camps. In the fall, training gets more intense and more specific with additional rollerskiing intensity.

Are there other ways to be successful in xc skiing?

Yes, but year round training is the most effective, especially starting at age 16 when an athlete can handle a higher volume of training.

Can I train with the Competition Team – but not on a year-round basis?

Yes, you can. We don’t see this as ideal, but you can do it.

Every Olympian was an awkward junior high school athlete at some point. Inspired coaching, a motivational atmosphere, and a strong peer group can transform a young rookie into a highly competitive athlete. Here’s a partial list of our Loppet Nordic Racing alumnae that have gone on to the Olympics and World Champs in XC Skiing and Biathlon: