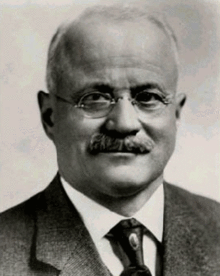 1. What were the names of the park, before it was changed to “Theodore Wirth Park” in 1938?

2. How large (in acres) is Theodore Wirth Park today?

3. Where was Theodore Wirth (the person!) originally from?

4. Before suggesting to “preserve nature’s own work as it exists today,” which of the following was a result of Wirth’s efforts to improve the park?

A. Bringing in a flock of sheep to the park
B. Incorporating a unique flower garden
C. Suggesting connected parkways called the Grand Rounds
D. Offering to build an artificial waterfall into the hill beside Wirth Lake

5. Wirth redefined the shorelines of nearly every city lake EXCEPT:

Upon establishment in 1889, the park was named Saratoga Park. In 1890, the park board changed its name to Glenwood Park. The name became “Theodore Wirth Park” in 1938 after Theodore Wirth’s  influential time as superintendent of Minneapolis parks. He is known for reshaping the city’s lakeshores and building its parkways, expanding the park, project management, advocacy for children’s playgrounds, gardening, and landscape architecture. About answers A, C, and D: Park commissioner Edmund Phelps suggested “Wirthfield Park” before the park adopted Theodore Wirth’s full name. Eloise Butler Wildflower Garden is named after Eloise Butler, who was part of a group of people who petitioned for space in Glenwood park to establish a botanical garden. Theodore Wirth also created the Rose Garden in Lyndale Park, modeling this project off of his accomplishments helping create Hartford Parks – the oldest public park system in the country. Loring Park was named after Charles Loring, the president of the first Minneapolis Park Board and the person who hired Wirth as the superintendent in 1905.

Theodore Wirth advocated to locate a flock of sheep to the park, contending in a 1906 annual report that there is “nothing prettier in landscape effect than a flock of sheep grazing on a meadow or hillside”. He argued that sheep would pay for themselves by fertilizing, mowing, and providing wool and mutton to be sold. In 1921, the park board granted permission for the project, although it was short-lived due to sheep grazing in places that they were not intended. About answers B, C, and D: Eloise Butler was largely responsible for incorporating a unique flower garden. While Wirth managed initial construction and improvement of the Grand Rounds, it was landscape architect Horace Cleveland who proposed in 1883 that parks and features of natural interest in the city be connected by a system of parkways. Park board chair William Folwell suggested that this system be called the Grand Rounds. Charles Loring offered to build a waterfall. Made of artificial boulders, The Loring Cascade was 40 feet tall and located in the hill beside Wirth Lake in 1917. Its remnants are adjacent to the bike trail on Theodore Wirth Parkway, just north of Glenwood Avenue.

Bottom: Remnants of the Loring Cascade, supplied from the Minneapolis Parks Foundation at https://mplsparksfoundation.org/5-remnants-of-the-past-still-visible-in-minneapolis-parks/

While Wirth did not redefine Lake Harriet’s shoreline, he did propose the addition of a peninsula into the lake to add visual appeal. Minneapolis lakes and shorelines were transformed to clear water and dry land (as opposed to “unsightly and unsanitary” swamp land and shallow water as Wirth put it), and lakes were connected by navigable channels – some of which we use for the City of Lakes Loppet courses today! 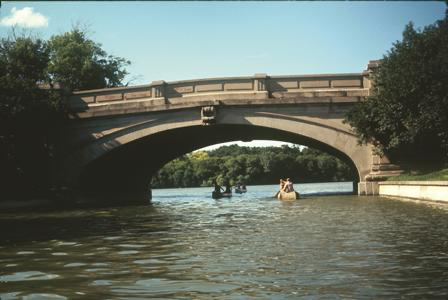 Sourced from City of Parks, Minneapolis Park and Recreation Board