On Saturday, October 20, 57 individual runners (including 23 women) and 8 relay teams came out to Theodore Wirth Park for the inaugural running of the Loopet Loppet.

At this event, runners completed as many laps as they could around a five mile loop in twelve hours, with a one-mile loop option available for the last two hours.

With a pre-dawn 7 AM start, runners headed off with headlamps blazing and winds gusting up to 30 miles per hour. As the day continued, snow began to fall, but things turned sunny and crisp for the remainder of the day. The Trailhead provided a warm home base between laps and great viewing for spectators, who also enjoyed lawn games, puzzles, and gallons of coffee. 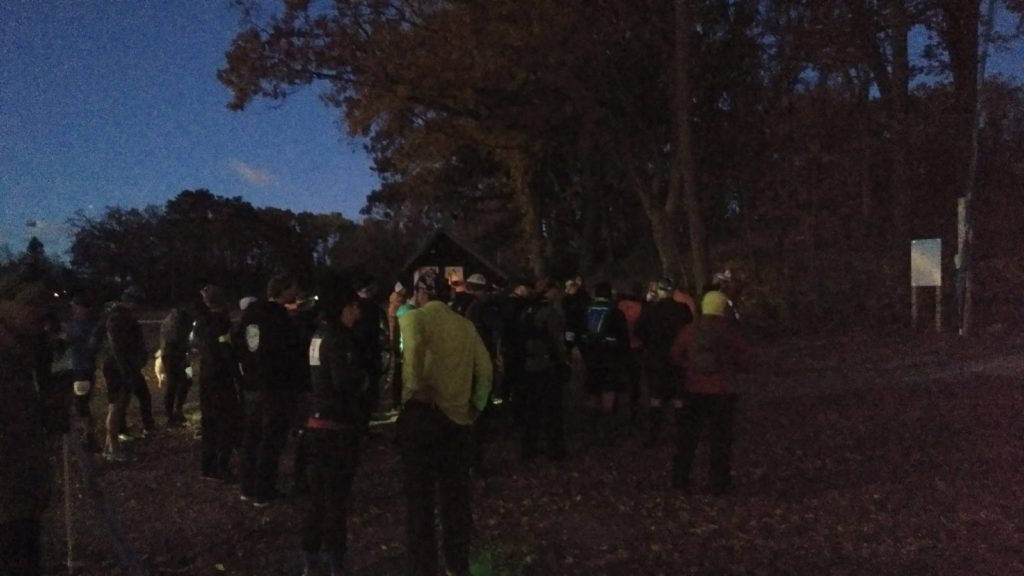 In total, participants ran a total of 2,124 miles. That’s enough to walk to Portland, OR, take a left turn and keep walking to San Francisco. There were 32 individuals who completed at least 27 miles for an ultramarathon finish. Runners ranged in age from 20 to 63, with 15 finishers over the age of 50. 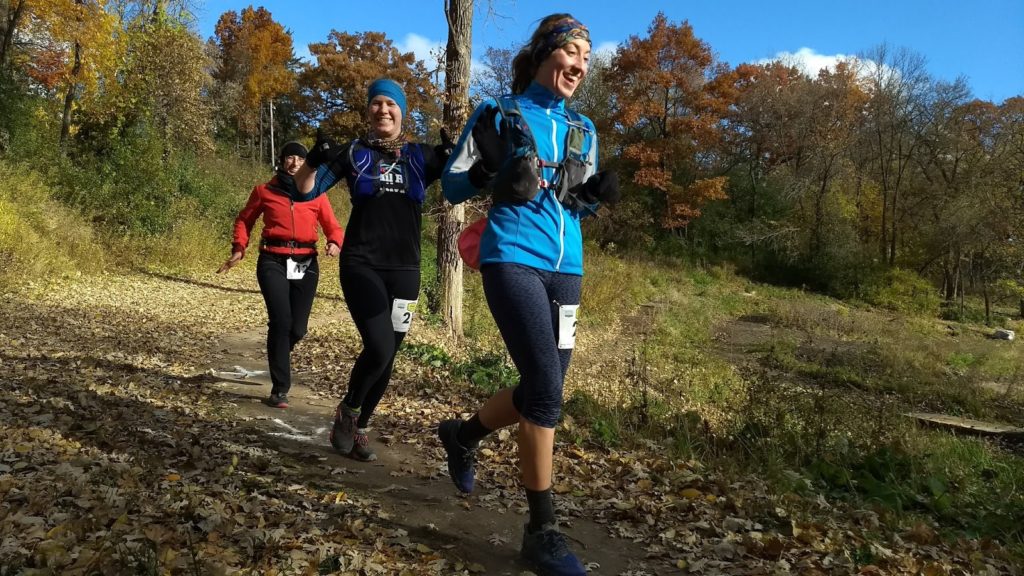 The Loppet Trail and Ultra Run Club made a good appearance. Of the 13 run club alums running solo, 9 came away with ultra distance finishes and 8 completed their longest run ever. 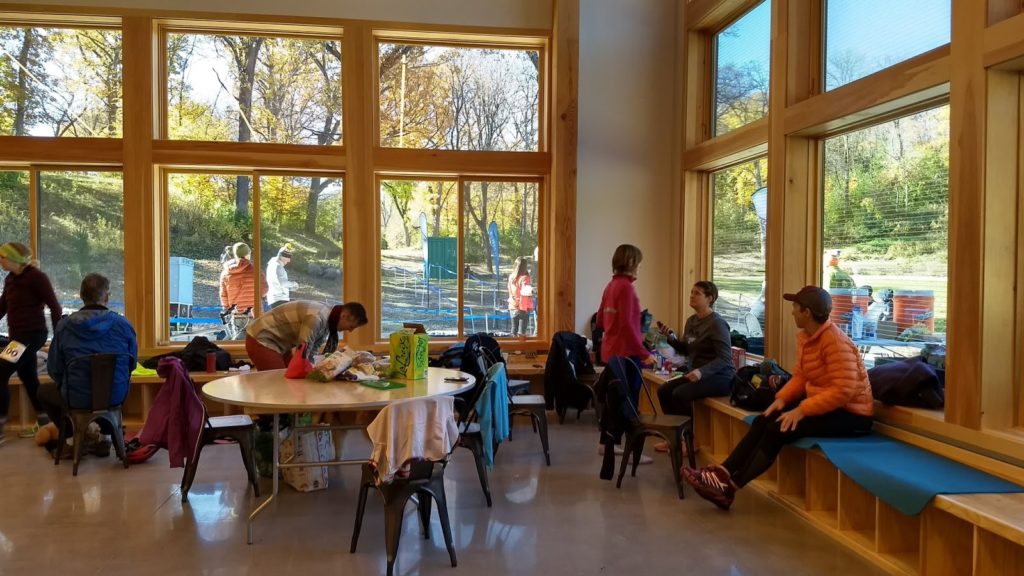 Many people kept at it until the bitter end: 25 teams and solo runners finished a lap during the last hour, with 17 completing a final lap in the last 10 minutes, and 4 coming in with less than a minute to spare. The runner pushing it closest to the line was Michael Gengler coming in with only 11 seconds left, to finish out 42 miles. The last person to complete a 5-mile loop was Mary McKelvey, who completed her sixth loop for an ultra finish with only 20 seconds to spare. 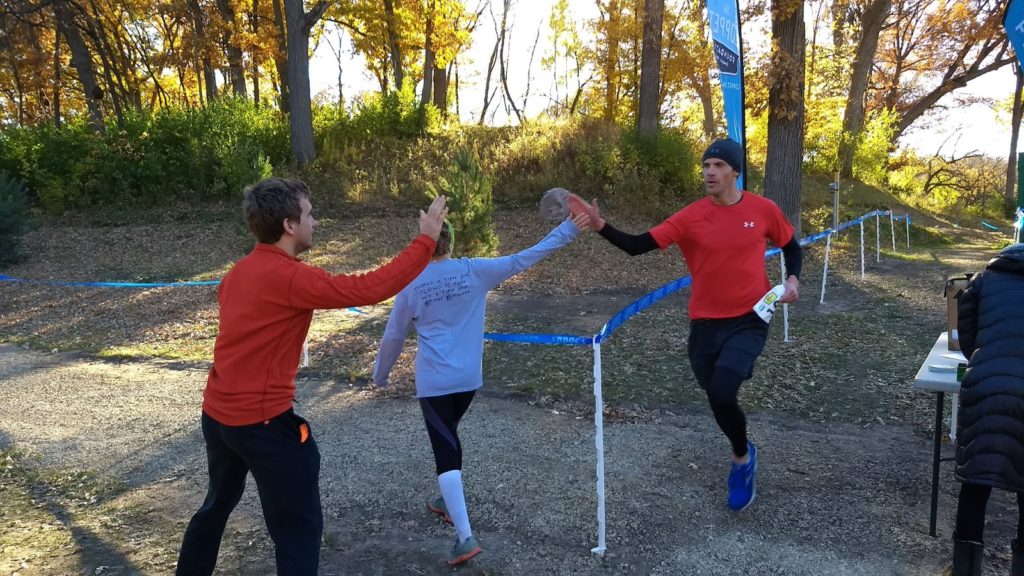 The teams that covered the most ground were Brisky Business (78 miles), Brain Trust (76 miles) and Worst Game of Tag Ever (73 miles). The women’s category came down to a sprint finish, with both Emily Muellner and Lisa Garretson completing 52 miles for 3rd and 4th place overall. Emily completed her last lap at 6:58:35 PM for the women’s win, with Lisa finishing less than a minute later. Third place went to Elspeth Ronnander, with 41 miles. Daniel Domres completed 61 miles to win the men’s division, going further than five relay teams! Christopher Lofgren took second for the men with 53 miles, and Steven Connely came in third with 51 miles. Winners took home prize jack-o-lanterns. 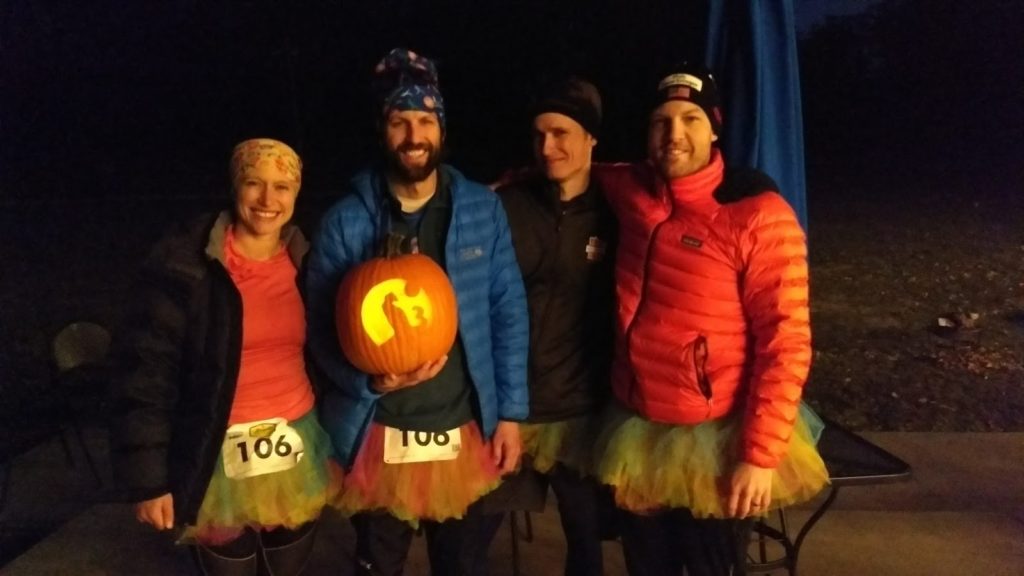 All this was made possible by an intrepid crew of volunteers, who counted laps, kept people on course, and provided expert medical support. And, of course, thanks again to Twin Cities Running Company and Tailwind Nutrition for keeping everyone fueled all day!