Mother Nature decided to withhold the snow in Minneapolis this year but that did not stop the Loppet Winter Sports Festival taking place February 3-5. The bulk of events were relocated to Theodor Wirth Park, but the Speed Skating Marathons were held as planned on Lake Calhoun.

Mark the Ice Guy, head groomer at Roseville’s John Rose Oval, served as the chief groomer for the natural ice 1K track. Mark had to battle Mother Nature’s heat wave but in the end a nice track was ready for the skaters to enjoy.

Friday brought 21 skaters to the lake for the 25K race. This race was in partnership with US Speedskating and was the Open Long Distance Championship. These skaters, 14 to 69 years young, came from Colorado, Florida, Illinois, Montana, Utah, and Minnesota.

After a morning of grooming the ice was prepped and ready for the Saturday afternoon 50K skaters. On the line were 10 skaters, two of which skated the 25K the day before. These skaters came from Colorado, Massachusetts, Montana, and Minnesota and ranged in age from 17 to 69. These hardy skaters had a strong wind to contend with, but that is the beauty of marathon skating.

Shortly after the 50K skaters finished a new batch of skaters showed up to enjoy the 1K track. The first event was a 1K for skaters in short blades followed by a 1K for skaters 16 and younger in long blades. Just for fun a third race was conducted with skaters from both groups to help the skaters in hockey skates understand why they should make the switch to long blades. It worked, as they will be going to the next Try Speedskating at the Oval in Roseville. In total there were 20 skaters who skated in the 1K races. 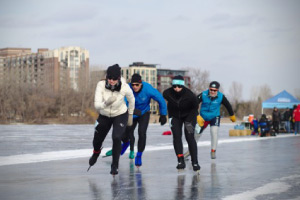 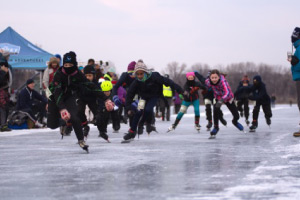 Sixteen year old, defending champion Isaac Harker came in on top again at the 2017 Loppet 25K with a time of 55:43. Erik Wardenaar came in just over a minute later 56:46 to claim second place. In third place was Patrick Dillon (not pictured) with a time of 59:13. 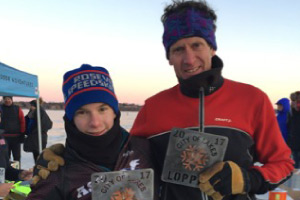 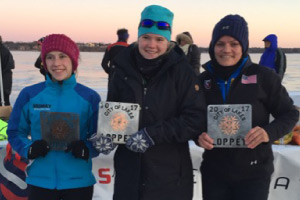 Kelin Dunfee skated an outstanding race to come out on top in the 2017 Loppet 50K. Last year he was on pace to take the top prize, but after 49.5K his skate broke. Not deterred he came back this year, shaved 17 minutes off of his time, and finished in 1:41:19.

Melissa Dahlmann, 5K Masters Women’s World record holder, decided to give the 50K a try. According to Melissa, this is her first marathon and the first time she has skated on natural ice. Her powerhouse skills were present, as she finished in 2:03:59 to stand at the top of the podium. 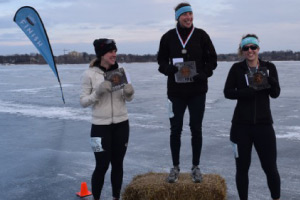 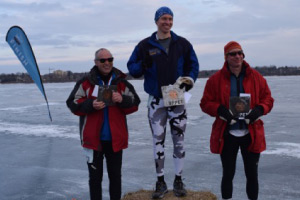 The top three skaters pushed each other the entire lap and came in within 2 seconds of each other. On the podium they learned their pace was almost what our 50K winner, Kelin had skated. They were excited with the news but their faces quickly changed as they realized that he had done so for 50 laps, not just one. A goal to work towards! 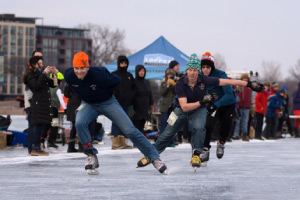 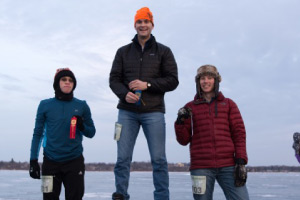 These young skaters are from the local clubs and the Novice Park and Rec and GMSA Learn to Skate programs. It was wonderful to see the turn out and these happy young skaters giving it their all to come across the line ahead of their friends. Future marathoners we hope. 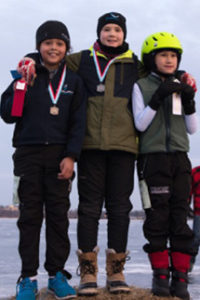 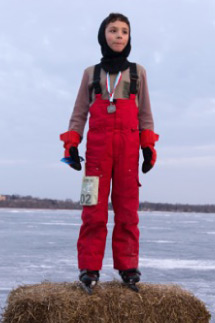 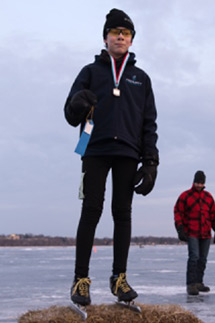 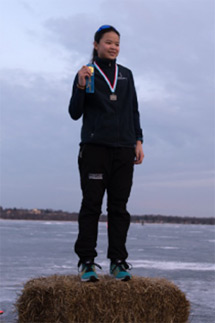 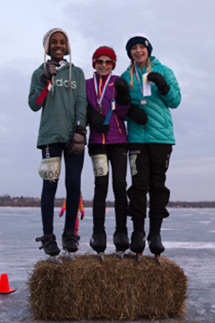 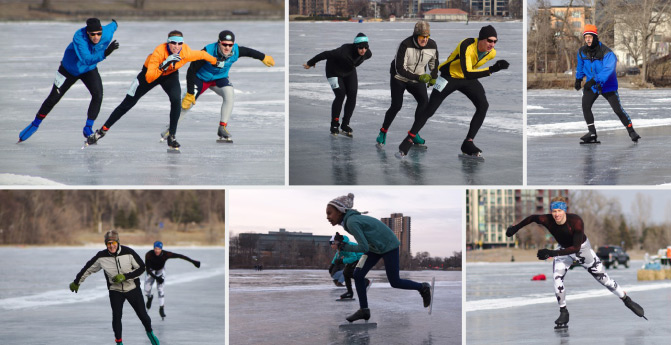