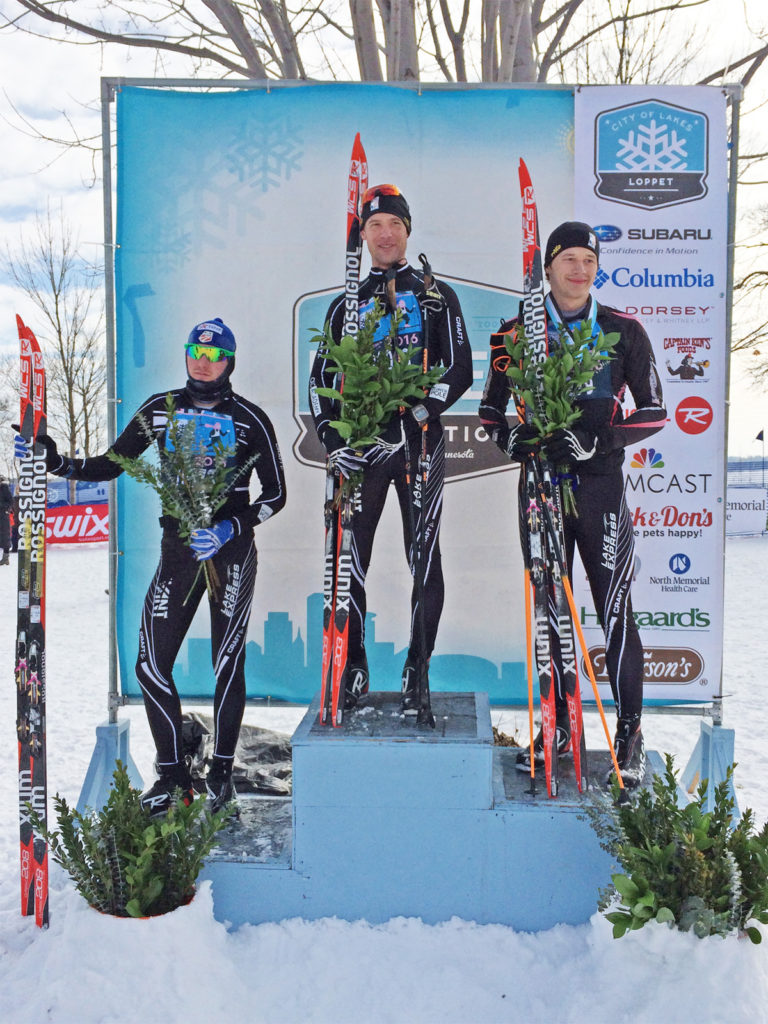 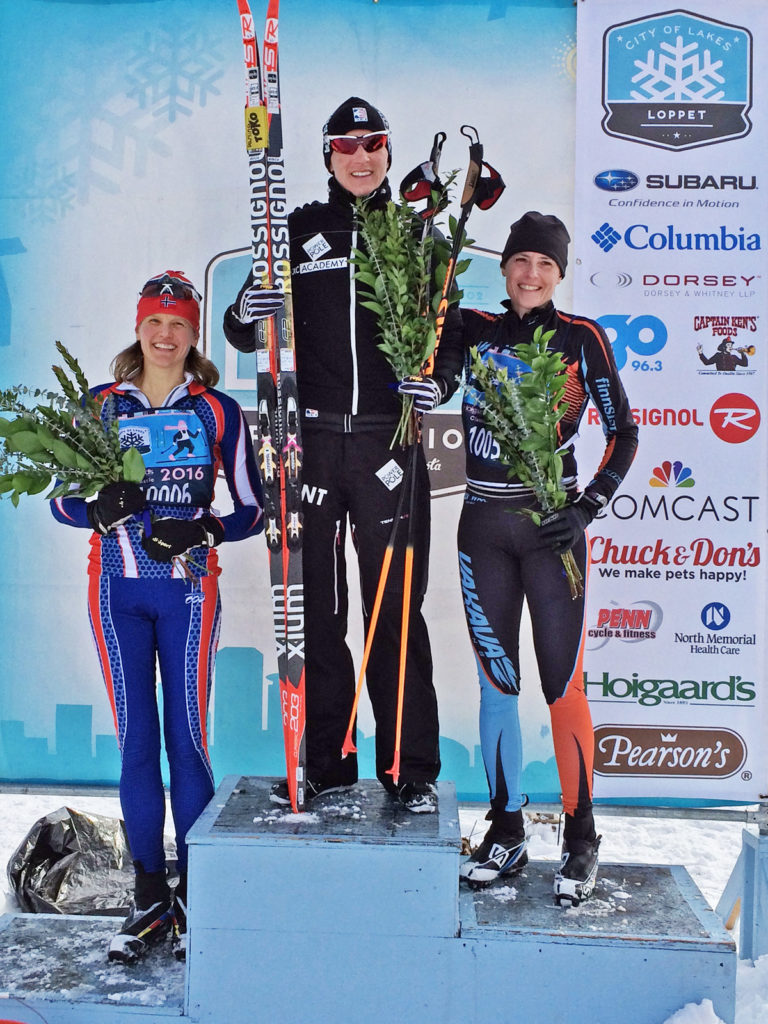 “Miracle snow” is what Josie Nelson called Tuesday’s snowstorm that dumped 9-13 inches on the Minneapolis-St. Paul metro area. The perfectly timed snow meant that the Loppet Foundation could run the entire point-to-point races from Theodore Wirth Park to Loppet Village on Lake Calhoun with a pass through the Minikahda Club trails in the Hoigaard’s Classic Marathon.

Matt Liebsch, the defending Minne-Tour champion, was sick for this year’s Loppet, which opened up the race in the men’s competition. With Liebsch out of the race, Kyle Bratrud, an Eden Prairie High School graduate who went on to ski at North Michigan University, emerged the favorite. Bratrud, who now skis for CXC, won U.S. nationals last year and represented the United States in the FIS Nordic World Ski Championships 2015. Bratrud skied most of the race with Chris Pappathopoulos, 35, the third-place finisher in last year’s Loppet race, and Nick Power, 23, another CXC skier.

Bratrud fell off the other two in the Cedar Lake area, roughly at about the 28K mark, and finished third with a time of 2:07:18. Power and Pappathopoulos continued to battle it out at the end until Pappathopoulos out sprinted Power at the end, winning only by about a ski length. Both recorded a time of 2:05:37, according to the race results.

While Pappathopoulos, a Sun Prairie, Wisconsin resident, has skied the Loppet several times in the past, this was Power’s first Loppet event. When asked about the race he exclaimed, “I loved the urban ski course – it was a great time!”

On the women’s side Natalja Naryshkina, 31, finished well ahead of the next two finishers, Bonnie Weiskopf-Albrecht and Josie Nelson, with a time of 2:22:19. Naryshkina, who also skis with CXC, won the Loppet’s 2015 Minne-Tour and is well positioned to win the event again this year.

Nelson, who finished with a time of 2:31:26, battled it out for third place with Alice Flanders, a local skier who graduated from Michigan Tech last spring and is now skiing with CXC. Alice’s dad, Chuck Flanders, is a long-time Loppet volunteer, who is one of the 1,000+ volunteers who makes Loppet Weekend possible.

Nelson acknowledged the volunteers in her post-race comments. “There are so many people working so hard to make this happen,” remarked an enthusiastic Nelson. “This is the best atmosphere! The race was SO fun – I just love this event!”
Nelson thought it was a “really great course,” and she was excited to have “really great skis” with the just the right wax. She also remarked how much she loves that the Loppet splits up the classic and skate races because it helps the competition and allows for people to ski both skiing styles over the course of the weekend.

Eric Henderson and Piotr Bednarski, Head Coach of Loppet Nordic Racing, also complimented the course, though they noted that skiers had to herringbone a lot of the short uphill climbs. Kate Ellis and Xena Huff also commented on the need to herringbone many of the hills in their post-race debrief, “even the ones you shouldn’t have had to,” noted Huff. “The sun was hitting the snow in the bog so it was hard to grab on to the snow no matter how well you waxed.”

Ellis and Huff spent some time reviewing the race. Ellis, a former board chair of the Loppet Foundation, was excited about her race. “I just couldn’t wait to get to the lakes so I could double pole!” Huff enthusiastically confirmed Kate’s performance, “She kicked a–, particularly considering that she had overcome a number of physical things this year.” Ellis, 60, finished in sixth place with a time of 2:37:09.

Huff noted that she struggled a bit more in the race. “There were so many times I thought I would give up but there were SO many people out there cheering us on…I realized that it isn’t about winning but about being together in this great skiing community.”